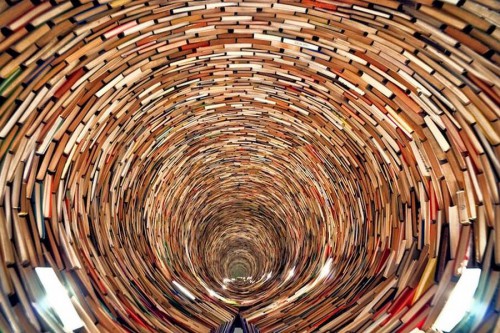 Despite the fact I only completed about half the reading I set for myself in 2014, I plan to participate in challenges again in 2015. Here we go:

Hosted by Roof Beam Reader, this challenge will once again be the lynch pin of my project. The goal is to read twelve books from my “TBR” pile over the course of twelve months. The challenge stipulates that the books must be at least twelve months old—released prior to 2014. With over two hundred qualifying titles on my current, physical TBR shelf, this will not be a problem.  Two alternates are allowed, just in case one of the twelve ends up in the “DNF” pile.

Last year, a few of my selections were books that had been on the shelf for too long and reading them felt more like an obligation than a pleasure. Therefore, this year I’ve tried to pick books I’m really excited about reading.

(This is only holdover from last year’s list. I really want to read this book, I just know it’s going to consume a week or two. It’s long and involved and it’s an Abercrombie, which means I’ll need to read every gloriously gory word.)

People of the Book, Geraldine Brooks

When We Were Orphans, Kazuo Ishiguro

Way of the Wolf, E.E. Knight

I don’t know how many titles I have in my digital library. I’m too afraid to properly count them. What I do know is that they date back to 2009, which is when I bought my first Kindle–and that I haven’t read a lot of them. Tsk, tsk.

Choosing twelve digital titles to read isn’t going to reduce the pile by much. I know I’ll buy more than twelve ebooks this year. But hopefully it will encourage me to read and/or toss some of the stuff that has been collecting virtual dust. So here is a second list, a challenge I have devised for myself.

The Old Man and the Wasteland, Nick Cole

The Speed of Dark, Elizabeth Moon

My reviews for all of the above books are going to be short (and hopefully sweet). I have a lot of writing to do this year.

In addition to TBR Challenges, I’ll also be participating in: 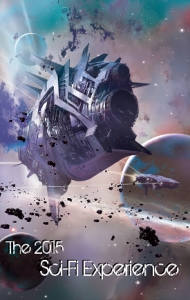 This one spans two months, December and January. I haven’t chosen any specific titles as this is less a challenge than an opportunity to connect with my first love, science fiction, and share it with others. I’ve already posted two reviews:

The Fortress in Orion, Mike Resnick

I expect I’ll read another couple of eligible titles in the coming weeks.

The featured image for this post is ‘Idiom’ is by the Slovakian artist Matej Kren. It was first exhibited at San Paulo’s International Biennial in 1995 and is now a permanent instillation at the main branch of  the public library in Prague.