For a while now, I have wanted to update my top ten list of books—actually a list of thirteen because ten is too few. This time, my list includes more than thirty books, some by the same author. I could narrow it down to ten, but I don’t want to and I didn’t even try. So, this isn’t really a top ten. It’s not even a top thirty. More, it’s a list of the books I talk about the most. They’re the books I own multiple copies of, the books I buy for others. The books I insist my friends read. The books I recommend more than any others.

I hit on this particular theme while exploring ways to narrow the selection for this post. The next step was to step into my home library and peruse the shelves. I already knew some of the titles I’d be featuring, or some of the authors I’d like to include, but I have so many books (around 2000) that I wanted to bop along the shelves and see what was there. This is one of the reasons I keep a home library. I love visiting with my books. I’ll pause by a series or an author and reminisce for a while. Recall why this book or that series are favourites.

When I got to a book or an author I wanted to include in this post, I pulled the book out. I didn’t set a limit, I just pulled books from A-Z. I counted them when I got to the end, and when I discovered I had twenty-eight authors, I went back for two more books, deciding an even thirty sounded good.

I then divided the books into groups of ten, figuring I’d split the list into three.

I’ll be sharing the list alphabetically by author. Although I love some of these books just a little more than the rest, assume they all clock in at number one. They’re all amazing, fantastic, memorable reads, none more or less deserving than another, regardless of genre, author, or literary merit. They’re the books I adore.

This could quite possibly be the book I’ve recommended more than any other. When I think about why the answer is obvious. The book is extremely entertaining. It’s a fat paperback, over 700 pages, but I think I read it in about three days. The story didn’t feel long. It blasted off from the first page and skipped along at a furious pace until suddenly it was done and I was left wondering why I hadn’t read everything Abercrombie had ever published.

Now that I have (read everything), this is still a favourite, though I believe his best work is still being written. Abercrombie’s newest series, The Age of Madness, is brilliant. But as an entry into his world and his way with words, you could not do better than Best Served Cold.

A sentimental favourite and the first book that made me cry. Like, really cry. Serious tears. Also, a wonderful movie adaption that left me with a permanent ache. I still tear up every time I hear “Bright Eyes” (Art Garfunkel).

I recently read this again, listening to the new audiobook narrated by Peter Capaldi, and I think I enjoyed it even more. It’s fascinating to read childhood favourites as an adult. In an interview, Richard Adams insists his story isn’t a modern fable; that he simply wrote down the stories he’d made up for his children. But as a writer, I know how our thoughts and feelings, perceptions, and our view of the world seeps into a story. It’s not hard to see how much of Adams bled into this book.

Use of Weapons, Iain M. Banks

Okay, so there’s going to be a lot of science fiction on this list. We all knew that going in. But it’s GREAT science fiction, books about people being people in places that serve to reflect their humanity all the more.

Iain M. Banks is a literary SF master, and on the surface, his books can seem a little chewy. But they’re not really. His stories are dense, as in a lot is going on, but the plots are relatively simple and convey ideas that are simpler still. Use of Weapons is a perfect example. It’s an illustration of, well, what can become a weapon, and how. There’s a lot more to the book than that, and it builds on the Culture more beautifully than perhaps any previous book in the series, but at its essence? Yeah, it’s about the ways in which humans hurt each other—and themselves.

The Stars My Destination, Alfred Bester

Most of my favourite science fiction falls into two distinct categories: literary SF and deeply human SF. A lot of the time, they’re the same, as with this book. It’s an examination of humanity and how technology has and will change us.

I’ve read dozens of novels that do this and do it well. The Stars My Destination does it in such a short space, though. And with a punch you don’t often get from an extended series of space opera.

I’m not sure I’ve ever laughed or cried so much in one book. I’ve cried more. I’ve been torn apart by novels I’d never recommend because while the experience affected me profoundly, I wouldn’t wish that misery on anyone. But I think this is the book that offers the most rounded emotional experience in my library. There are absurd moments, deeply true moments, despair, love, a crushing sort of loneliness, giddiness, reflection, hilarity, and a conclusion that makes the journey worthwhile.

This is one of those books I missed after turning the last page. A book I wish I could read for the first time all over again.

The first book I read by Geraldine Brooks was called Year of Wonders. It’s set in 1666 and recounts the effects of the plague on a small Derbyshire village. I was struck by the storytelling and writing and immediately set out to read more by the author, which led me to March.

March tells the story of the absent father from Louisa May Alcott’s Little Women. It’s an amazing feat of imagination and a beautiful story. The reason I recommend the book so often, though, is for Brook’s depiction of the Civil War. It’s brutal, and at the time I read this book, perhaps the truest take on what war was really like I had ever experienced.

As of this writing, I’ve read nearly all of Brook’s books and they could all be on this list.

At a glance, there’s nothing new about the premise or even the characters. Red Rising is another story about a young hero clawing his way to the top of an established hierarchy to overcome his oppressors.

What makes this book unique, or the reason I loved it so much, is a combination of factors. The first was the narrator, Tim Gerhard Reynolds. This was my first listen by him, and he has exactly the right voice for all the characters in this series. The right gravitas, and the willingness to sing when the book requires it. I cried when he sang, and it was at that moment that I realized what a treat it had been to listen to such an amazing narrator tell such an amazing story.

The second factor is the character of Darrow. He’s typical, and yet he’s not. He felt more grounded than many a YA hero, but also more willing to change.

I also loved the unpredictable nature of the story. It did not go to all the places I expected it to and ended in a way that meant I had to read on, even while I was satisfied by the story so far.

I’d read all of the Vorkosigan books twice, the Sharking Knife series, and all available novellas in the Penric and Desdemona series. I thought I knew Bujold’s characters and Paladin of Souls felt like a departure. The main character is a middle-aged woman! (I read this before Gentleman Jole and the Red Queen was published). I don’t know if I’d ever read a fantasy novel with a dowager hero before. It just seemed… weird. (We can examine why in another post.) I wasn’t sure if I would enjoy it. Where were Miles and Penric, my sprightly young heroes with stars in their eyes?

But when I got to the end of this book, my first thought was—wow. Bujold should have won an award for this one. It’s AMAZING. So, it came as no surprise to find out she landed a triple crown for Paladin of Souls—the Hugo, Nebula, and Locus.

I recommend the Vorkosigan Saga a LOT. I love those books. But I also recommend this one because it’s easily the best book Bujold has ever written. It should come as no surprise, therefore, that my favourite Vorkosigan book is, of course, Gentleman Jole and the Red Queen. We need more middle-aged women doing amazing things in fantasy and SF—and more books by Lois McMaster Bujold.

No one writes aliens like C.J. Cherryh. No one. They’re utterly unknowable. So completely alien—in ways I couldn’t even imagine before she invented them. But in every single Cherryh novel I’ve ever read, I’ve never had to work hard to understand her aliens. She paints such full pictures. Creates such intricate webs of relationship—between races and species, but also with humans, so that while I’m thinking, wow, this dude is just… wow… I’m also thinking, yeah, I get that. I don’t get this character, he’s utterly alien. But I understand why he’s doing what he’s doing.

Every book is such an incredible achievement, but this trilogy, specifically so because of the themes. Again, it’s about humanity and our place in the greater universe.

Another of my favourite SF tropes is the Big Dumb Object or the mysterious artefact in space. Clarke does this SO WELL, extrapolating theories about entire civilizations and the nature of our universe from mysterious objects. In 2001, we started with the obelisk. Rama has a much more complicated device, a ship. A world inside, and a puzzle that will take an entire series to unravel.

What I love about Clarke’s writing, aside from his imagination, is how he communicates concepts. I never feel lost in the science when I read his books. I’m much too caught up in the story and the adventure.

2 thoughts on “The Books I Recommend More Than Any Others” 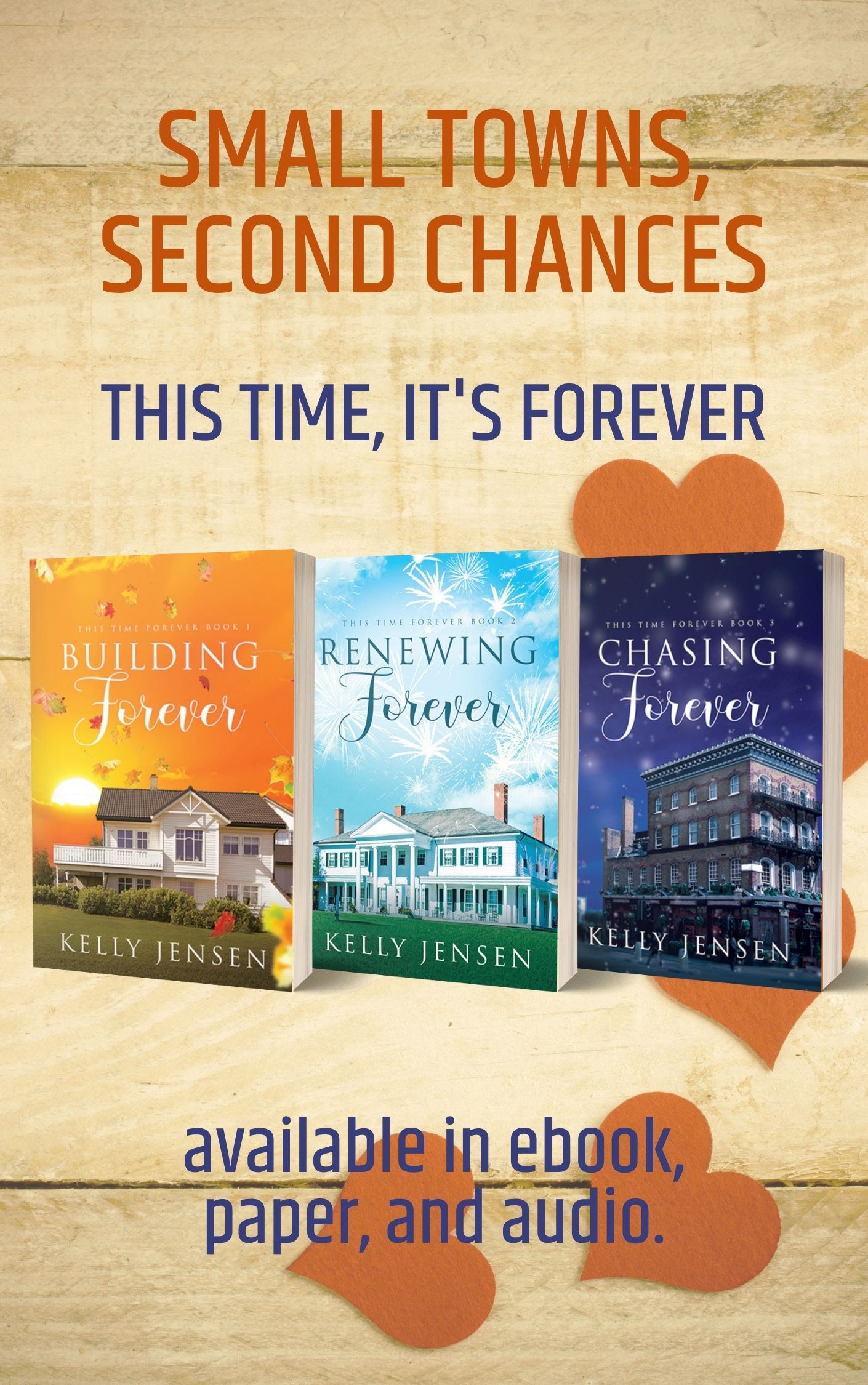