I’ll be honest: none of the movies I’m about to talk about are movies I shouldn’t really talk about—except for the fact I did this thing on Facebook where you were supposed to post an image a day, for ten days, that represented a movie that had impacted you… and not give an explanation.

Picking only ten movies was really, really hard. I love movies and usually watch a couple every week. I love going to the theatre. There’s just something about the smell of popcorn and a big screen. I also love talking about movies—much to the consternation of my husband who has to listen to me geek out about such things as background sounds, lighting, and scripting. Sometimes in the middle of a film.

Posting hints about ten movies without talking about them was ever harder. So I’m breaking that rule. I’ll try to keep my comments brief, but by way of an overall explanation:

Papillon (starring Steve McQueen and Dustin Hoffman) is a movie I saw once—many, many years ago—and never forgot. The story stayed with me for a couple of reasons. The characters (and the actors who brought them to life) and the circumstances (I love prison escape movies) are a huge part of it, but really, it all comes down to the friendship between Henri “Papillon” Charrière and Louis Dega. It’s one of the most unlikely partnerships in the history of friendship, and over the course of the film, we get to watch it deepen into a bond stronger than brotherhood. These men would die for each other, which makes the ultimate ending of the film incredibly stirring. And it’s all pretty much true. I haven’t read Charrière’s book (a memoir of the same name), but what strikes me most strongly about the 1976 version of the film is that friendship, and I love the idea that the book was written in part as a testament to that.

Unfortunately, the updated version of the film (2018) starring Charlie Hunan and Rami Malek failed to strike the same chord with regards to the friendship. I just didn’t feel the same chemistry. 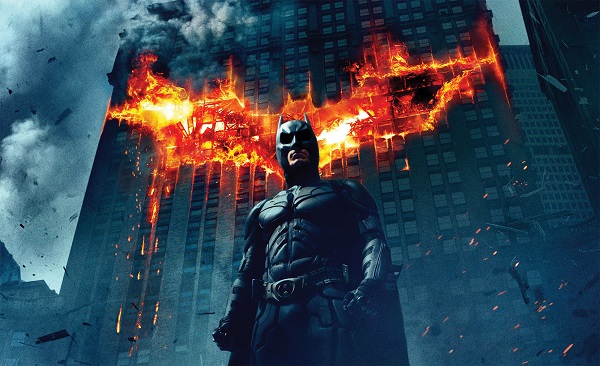 First time I watched this movie, I disliked it. I think a part of it was that Heath Ledger had tragically died and everyone was making a big deal out of his interpretation of the Joker. With that in the forefront of my mind, it felt as though the Joker was larger than the movie, in a way. He became the most important character in the film—and I’d been waiting for the continuation of Batman’s story. I didn’t want a movie about the Joker.

Then, when the release of The Dark Knight Rises was imminent, I watched Batman Begins and The Dark Knight back to back—and, um, wow. Holy perspective change. Heath Ledger’s Joker was phenomenal, but this was not the Joker’s film. He’s important. Hugely so. This is the movie where the Batman takes the fall; where he becomes the Dark Knight so that others can stay in the light. I cried at the end. And The Dark Knight became one of my favourite movies of all time.

Lesson learned: first impressions don’t always last, and watching the movies in a series together can really change the impact of the story.

I can’t tell you how many times I’ve seen this movie—I lost count years ago. I can recall three of the most memorable occasions, though. The first time I watched it was with my dad and I didn’t get it. I loved the first half, was scared spitless by Hal, and lost the thread during the beyond Jupiter sequence. Years later, I rediscovered the film at the Astor in Windsor (Victoria, Australia). This was the kind of theatre where the smell of the ancient wood and leather was like dust, and they had couches right down the front where you could sprawl with friends, or bring a blanket to curl up in and lie there watching something old. They featured 2001: A Space Odyssey regularly, and I started making a habit of going to see the film. I understood it now, and there was just something about lying there in the dark, cozied up with friends, and watching a movie that questioned the very meaning of our existence. Also, there was the, um, pot.

The third memorable occasion is when I watched the movie with my daughter. She was eleven at the time and had asked me what my favourite film was. Without hesitation, I answered “2001.” She wanted to watch it with me, so we did. She loved every minute and at the end, turned to me with tears in her eyes, and preceded to tell me what it was all about. I was pretty envious of the fact she hadn’t had to wait until she was twenty-something and under the influence of marijuana to understand it, but also proud.

I wanted to include a war movie on the list. I watched a lot of them as a kid and still remember classics like The Guns of Navarone fondly (which should be disturbing). Thing is, while a lot of war movies can be upsetting, they’re often triumphant in the end. They’re a tribute to human resourcefulness and spirit, and those are pretty much my favourite kinds of stories.

Gallipoli is not that movie. It’s… tragic. Even as I sit here typing away, my eyes are misting over, and it’s not just because I’m Australian. (Though, if you ask any Aussie of a certain age about this movie, you’ll probably get the same reaction.) It’s because war isn’t always about the triumph of good over evil. In fact, it rarely is. War sucks.

I’m trying to think of an uplifting way to wrap up and move on to the next movie and I can’t, so… 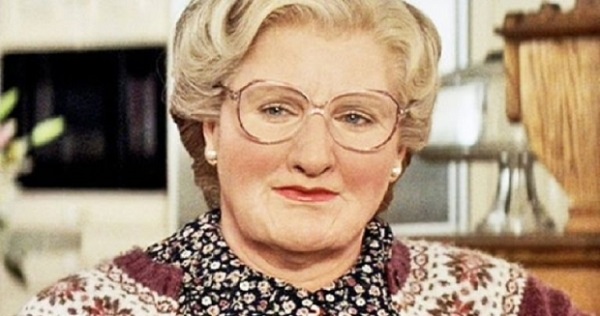 Yes, I needed a comedy after that and this is one of my absolute favourites, and another movie I’ve seen multiple times. I’m not sure what to say about this movie except that it’s the sort I wish they made more of right now. We need more stories about ordinary people doing “ordinary” things. Where heroes aren’t always the ones in capes. Where a family what you make of it.

I didn’t expect to cry as much as I did in this one or to feel as emotionally rifled. This is a movie that could inspire semesters of study, for so many reasons. Everything I’d like to say about the experience of watching it can be summed up pretty easily, though. I didn’t know how much I needed a movie like this until I watched it, and then I wondered why it had taken so long to happen.

Being blonde isn’t the worst thing ever, and the jokes aren’t the most cutting out there. In fact, a lot of them are pretty damn funny—and fairly interchangeable. And, honestly, I’ve ever been much of an Elle. I don’t have closets full of clothes, I don’t collect shoes, I’ve only ever had one perm (God, what a disaster), and I wouldn’t know what to do with half of my daughter’s makeup collection. But I know exactly how it feels to be underestimated, and worse, dismissed because of who I am and how I present myself. So, I love this movie, because time and again, it shows us that sometimes, confidence is only skin deep and that we all should be our own biggest fans.

I’ve always thought Stephen King’s shorter stories make better movies than his novels (with the exception of Misery, which is just… Wait, why isn’t Misery on this list??) and The Shawshank Redemption is a prime example of that.

On the surface of it, this movie does for me much of what Papillon does and I do have to wonder if King was inspired by Charrière’s book. But he has definitely made the story his own. This one is quintessential King, and the reason it’s on this list is mostly for that last scene and these words:

“Remember, Red, hope is a good thing, maybe the best of things, and no good thing ever dies.”

Tell me you didn’t start sobbing right then! Again.

I saw this in theatres when I was eleven years old. My best friend’s dad took us to see it, and yes, I am scarred for life. What, you want more? I was impacted, okay? Very severely. 😀

I could waffle on about set design and the inspired direction, but honestly, it’d be nothing most of you haven’t heard before. Besides being utterly terrifying, Alien is a cinematic masterpiece that set the stage for nearly every science fiction movie that followed after it. I’m a lifelong fan of the series and while I wasn’t in love with the last installment, I’ll continue watching until I’m dust in the wind.

I knew I would love this movie even before I saw it because I have loved every movie created by legendary director, Hayao Miyazaki. And I did love it. Every minute of it. But the Spirited Away was far from my favourite Miyazaki until I attended a panel at an NYCC about his films, presented by a student working on a thesis about myth and folklore. The student talked about various representations of the maiden, the mother, and the crone, and how Miyazaki included them in so many of his films—nearly always to good effect. The discussion had me looking at Spirited Away in a whole new way and the next time I watched it, the story changed. It became less about a girl who’d gotten lost on the way to somewhere and more about a girl metaphorically traveling through the various stages of her life.

Getting more out of the film the second and third time is a lesson that serves to remind me that most of my favourite movies (and many more besides) really do benefit from multiple viewings. There are a number of films I’ve watched over fifty times—mostly because I simply love them. There are a lots more that need to be watched again, though, for the message to really sink in. For clues to align from the beginning instead of in retrospect, and because sometimes the impact is stronger the second time around.