When planning Counting on You, the third and final novella in the Counting series, I considered, briefly, making it another disaster story. But though it’d been fun to trap Marc and Henry in the past, what I really wanted to do was see if they could work as a couple. For as much as they’d connected during those first two “dates,” they weren’t ready to declare their hearts. Not quite yet.

I fully subscribe to the idea of love at first sight, first date, first kiss. The early blush of romance can be overwhelming and Henry and Marc could believe they were in love after two dates. I’m also a realist, however, and I believe the day to day would wear on that love. In a perfect world, that early blush would take on a patina, become buffed and scratched and marked with life. In a not so perfect world, cracks would probably form, maybe sending Henry and Marc in new directions.

Either way, I wanted time to pass between those first two dates and Henry and Marc sorting themselves out. I also wanted to write a novella that covered more than one date. So I mixed up the formula, writing a longer, more involved story that would truly test the strength of this new relationship.

To make the relationship not quite new, I wrote another short story spanning the two months between. “Counting the Days” is a collection of text messages between the guys as they travel in opposite directions. They’re often random and silly, but as the exchange progresses from day to day, their discussion and relationship deepen, until they’re counting the days before they can see each other again. 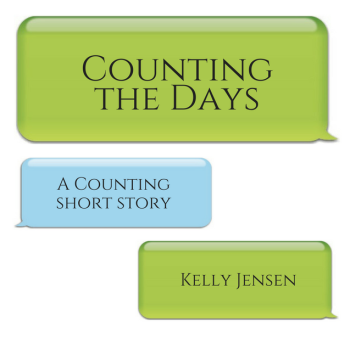