My good friend and sometime writing buddy Jenn Burke shared this link on Facebook last week: Romance Novels Generated by Artificial Intelligence. Briefly, computational scientist Elle O’Brien fed over 20,000 Harlequin Romance novel titles into a neural network and then asked it to come up with some titles of its own. The results are all sorts of interesting and hilarious.

I find this project fascinating for a number of reasons—most of which have to do with the sorting of data. If we take the results posted by Ms. O’Brien as even a random sampling, the number of times the word “baby” pops up in the AI generated titles would tend to suggest that an inordinate number of Harlequin Romances are about pregnancy and babies.

But as the AI isn’t constrained by such things as age of consent, a lot of these babies end up featuring more prominently in the romantic plots of the proposed books than would otherwise be, um, legal. I’ll have to admit I laughed until I cried actual tears over a couple of them, though. I’m a terrible person.

Royalty also seems popular, as do the words “marriage” and “concern.”

The AI is also delightfully unrestrained when it comes to possible pairings… I was going to say babies aside, but the number of titles suggesting mpreg storylines is boggling. The AI obviously has very definite tastes in romance and they include Sheikhs marrying sherrifs, all the prince’s (round) brothers, and pregnant cows.

The secret allure of this list, though, and the reason I like it so much, are the suggestions made by so many of the titles. Like most writers, I have a notebook. I have about seven in various places around the house, actually. When I seized by an idea, I don’t want to travel too far before writing it down. My notebooks are FULL of ideas I’ll probably never write into a book, but an idea is an idea.

This list is FULL of ideas. Seriously. There are books on this list I want to write.

There are also book on this list that have already been written.

And, of course, there are books on this list that should never be written.

We’ll start with the ones I want to write.

I love westerns and I quite like western romance. I’ve wanted to write a cowboy for a while, but haven’t really come up with a plot that sings. Ideally, I’d like my story to be different enough that it needs to be written. I want a cowboy who is more than a cowboy.

I’ve found my magical notes. My cowboy is more. He’s also a midwife—and he’s probably going to meet his match while feeling about between her legs. No, not the baby! The woman giving birth (or man, if mpreg is your thing) has just arrived in town, very pregnant and in need of assistance. My lonely cowboy will be right there.

Bonus: baby makes three, so this romance will end with marriage and an instant family.

Double bonus: marrying a midwife has got to be all sorts of convenient.

Honestly, Conan spends half his time running around wearing something like an adult diaper (made of animal skin, so sexy). This one will practically write itself. My barbarian will be the youngest, obvs, and saddled with the annoying nickname of “baby.”

Not working for you?

Did you know that purter actually means to expose or exhibit? Now you do. My playboy is an exhibitionist, which probably isn’t much of a stretch. Playboys aren’t generally known for their quiet and reserved manner.

All good novels must have character growth, so Purter is either going to have to come to terms with and embrace his exhibitionism, or fight the urge. I’m leaning toward the former, because I kinda like characters who learn to love what makes them them.

This is another book that would write itself. If his desires are that convenient, anything will work here. Anything.

My favourite title, and one that is actually copied into my notebook is Storm Jake. Simplicity is a wonderful thing. Storm Jake could be anyone and his story could be any genre. I think he’s a witch of some sort, which isn’t something I’ve really written before, so I’m going to have fun fleshing out his character.

So, which of these books has already been written?

Midwife Cowpoke could actually be Lonesome Dove. At a stretch. It could also be any western romance where something is born. Cowboys are multi-talented individuals!

JG Ballard has already written Crassion. He called his version Crash and it’s quite a different take on erotica. 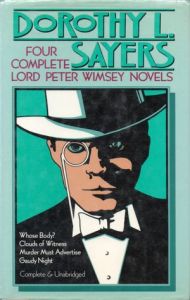 The English Millionaire Investigator is done, done and done. Lord Peter Wimsey is apparently very wealthy (and English!). We also have an American version, the TV series Hart to Hart, and Japan has a Millionaire Detective. It’s not like millionaires have anything better to do, eh?

I’m pretty sure hours I don’t have spent following links across the internet will turn up a book for just about every title on the AI’s list. So I’m going to stop there. I’ve got Storm Jake to plot, after all. I’ll leave you with a quick look at the books that should never be written:

The Billionaire’s Marriage Valley. Anyone else crossing The Stepford Wives with Valley of the Dolls in their head?

Surgery Seduction. During? It’s not during, is it?

2 thoughts on “Poor Purter and the Midwife Cowpoke”