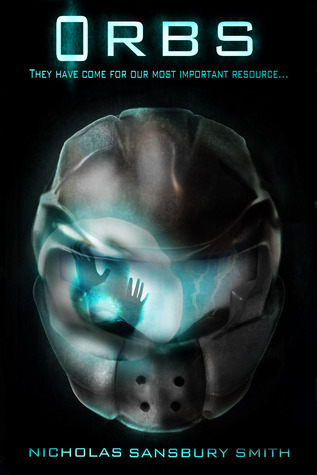 After the solar storms of 2055, portions of our planet are desolate and irradiated. Six years later, Dr. Sophie Winston and her team are sequestered in an underground biome in preparation for a mission to save the world. Three days in, all their chickens are dead. A scan of surveillance footage suggests the birds went mad and pecked themselves to death trying to leave the enclosure. Is it a test? Has their sponsoring corporation, NTC, devised a series of challenges for them to handle in addition to being locked away for six months Or has something happened outside the biome? Such suicidal behaviour in animals was observed during the solar storms of 2055, after all. Then there are Sophie’s dreams. harrowing and realistic, they are increasing in violence and intensity.

When the rest of the animals go nuts and communication with the surface is cut off, the team vote to venture outside. They discover a planet stripped of people and water and thousands of glowing blue orbs left behind. A team member accidently activates one of the orbs, setting off a chain of events that expose other survivors, NTCs desperate plan and the apparent fate of the world.

The idea behind ‘ORBS’ by Nicholas Sansbury Smith is sound. It’s a good apocalypse, with aliens! The actual plot of the book is very pedestrian, however, despite the instances of action and adventure. The first issue, for me, was the cast of characters. There are a lot and while Sophie is presented as the main character, her point of view is constantly co-opted by others, sometimes for a single thought bubble. This style of writing makes it difficult to connect to a hero or heroine. I’d have preferred to see Sophie’s thoughts on why Timothy was being such an arse rather than be subjected to his petulance up close and personally.

Overton is a bit of a cardboard cut-out, but I did enjoy his point of view and scenes. Through him, we see a lot of the more practical aspects of the apocalypse. I’m also a sucker for military men and action. I’d liked to have seen more development for Emmanuel. I’d have nixed the romance between him and Sophia, though, it’s clumsy and adds absolutely nothing to the story or the development of either character, which is a shame, as that could have been sweet. I’m a sucker for good love stories, too.

Finally, what was with all the kids?

‘ORBS’ isn’t a total wash. As a novel, it’s mildly entertaining. I liked the concept well enough to read the book for review and I’m used to stumbling across books that don’t necessarily follow a story in the direction I would have gone. That’s part of being an avid reader. Later revelations and the inconclusive ending hold a lot of promise for readers going forward. Smith’s writing is competent and he obviously has plenty of imagination and a plan.

Tighter editing or direction might have made the first novel a more appealing read for me. The surprise is that the edition I received was provided by an imprint of Simon & Schuster, Simon451. The novel was previously self-published, however, so I suspect it was not re-edited or only minimally edited before re-release. Hopefully, this means the follow up, ‘ORBS II: Stranded’, will take a worthwhile idea and make the absolute best of it as its due out in September.