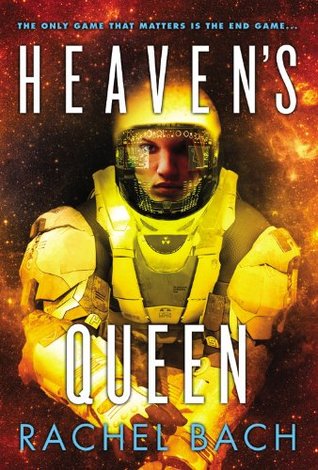 Deviana Morris is angry and with good reason. Unfortunately for her, everyone else is angry, too. Given the cataclysmic convergence of alien races pushing the galaxy toward apocalypse, it’s kind of understandable. If you haven’t read the first two books, ‘Fortune’s Pawn’ and ‘Honor’s Knight’, in the ‘Paradox’ trilogy, get busy. Rachel Bach writes good Science Fiction with very human characters. Even the bastards are difficult to dislike and there is a little romance sprinkled into the mix. Briefly, Deviana Morris is a mercenary soldier looking for a way to prove herself. She wants to be a Devastator, one of the King’s Honour Guard. To drag out an old cliché, she bites off much more than she can chew, however. Taking an assignment aboard the Glorious Fool, Devi soon learns that not only are the crew anything but simple traders – which was pretty obvious from the outset – but neither does the galaxy operate quite the way she thought it did. The enemies are still enemies, but the good guys can fall somewhere in between. Then there are the invisible enemies, the ones only a select few can see. They’re terrifying and the reason she can see them, even more so. My over view is scant for a reason: this is a trilogy and Heaven’s Queen is the last book. I don’t want to spoil it for those who have yet to pick up the first book. But I do want to encourage readers to do that, because I had an awesome time reading the ‘Paradox’ trilogy. As I’ve said before, Devi is a great character. She’s rough, tough and full of faults. She apologises for none of them. She owns all of them, however, and in ‘Heaven’s Queen’, she finally manages to master her famous temper and turn it to her advantage. She is carrying a virus that could destroy the galaxy, but if she can find the right outlet, she could also save it. Tough call, huh? Whatever she does has to be by her own volition and that and making her own rules that pisses everyone one so much. The arguments in this book are about as epic as the battles. The battles are epic and the final run to save everything is one of those fantastically nail-biting sequences that will have the reader gripping the book. There is still room for romance, however, and this, oddly enough, was my only issue with ‘Heaven’s Queen’. I’ve been cheering for Devi and Rupert since ‘Fortune’s Pawn’. By the end of ‘Honor’s Knight’, I figured they’d sorted themselves out and they had, to a degree. I had supposed that in ‘Heaven’s Queen’ they would be a joint power, using both their skill sets to maximum advantage and they do. But…yes, there is a ‘but’. Another obstacle to their relationship arises. Now, it makes sense and it adds to the plot but, as I read it, I inwardly groaned. It was too ‘romance formula’ for me. I didn’t want another complication. What I wanted was to see these two kicking arse and taking names, which they do and could have done without the dark passenger in their relationship. Then there was Anthony. Poor Anthony. Still, the ending is ultimately happy and satisfying and my quibble is a relatively minor one. All in all, I really enjoyed this trilogy. It has appealing characters, great world building, a fantastic plot, humour, angst and enough mushy moments to make me sigh. If Rachel Bach continues writing in this world, I’ll keep reading. Written for SFCrowsnest.