To wrap up my week of movie posts, I’m going to share some of the weirdest stuff I’ve ordered from Netflix, accidentally on purpose. Yes, that phrase takes on an actual meaning when applied to my method of selecting movies. Here’s what happens: inspired to see a particular movie, I hit Netflix and conduct a quick search. I find a match and add it to my queue. Most often, the movies in my queue work their way up from the bottom. I’m a patient woman, which is why I still subscribe to the DVD delivery in addition to streaming. I don’t mind waiting a few months for a movie to hit Netflix and I don’t mind waiting another few days for it to land in my mailbox.

As an aside, this patience is tested when I’m burning my way through a TV series and must have the next disk YESTERDAY.

So, sometimes a delivery will confound me. I either don’t remember adding the movie to my list, or I wonder why I added it. Then there are the movies that I mistake for others. Yep. I order the wrong movie. How does this happen? I dunno—I either don’t look at the blurb or don’t have a clear idea of what the cover of the DVD should look like, or I’ve got the name so wrong, only one movie pops up so that must be it! 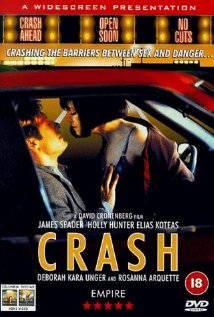 The first of these mistakes was a truly memorable experience. I ordered a film called Crash. I wanted to see Crash in theatres and had finally convinced my husband it was something we should watch together at home. (He likes to avoid movies with tear potential as he’s a guy and hates being caught with a tissue clutched in his hand.) We were very soon puzzled. What we were watching did not seem likely to elicit positive buzz with critics and crowds, or worthy of Best Picture. In fact, I was pretty sure people becoming sexually excited by car accidents and their victims skirted the Academy’s tastes altogether.

Not surprisingly, we were watching the wrong movie.

I like J.G. Ballard. I’ve read a lot of his books. He pushes boundaries and explores uncomfortable ideas. I had never read Crash, though. I didn’t finish the movie adaptation, either. In fact, I don’t think we got more than twenty minutes into the film before abandoning it. Later, I rented the other Crash, starring Don Cheadle and Sandra Bullock. I loved it. I sobbed horribly. Understandably, my husband refused to watch it with me. To this day I think he’s scarred, but that didn’t stop him from joining me in the next mix up.

This time, I hadn’t actually confused two movies with the same title. I selected a movie thinking it was based on a book I hadn’t read, but reckoned I’d like.

I like Ken Follet. I’ve read a few of his thrillers and thought Whiteout would be one of them. After renting a movie called Whiteout, which is not based on his book, but on a graphic novel of a graphically violent nature, I looked it up. I’m almost grateful they haven’t made a film of Ken Follet’s Whiteout. My husband might have left me after I insisted he watch it. As it was, we both still have recurring nightmares about the surgical removal of a frostbitten finger in the movie we did watch, and abandoned right about there.

We both reached for the remote at the same time. No way, no how. We’d already survived watching them turn over a body that had fallen from an ice shelf to splat on the frozen ground, a scene which had some of the most awful (skin-ripping) sound effects I’ve ever had the misfortune to experience. We had also watched some pull their hand hand off a frozen door. And on it went. We were so done.

Could I top that? I could, but my husband has refused to adventure with me anymore, so the next two mistakes were mine alone. The first is… Hell, both of these mix-ups are ridiculous. I did actually catch my mistakes before watching, but decided to “experience” the wrong movies, anyway.

They couldn’t be that bad, right?

We missed The Grandmaster in theatres. I put it on my list and when it arrived, I quickly realised my mistake. I’d ordered The Master. Really not my sort of movie, but, tragically, Philip Seymour Hoffman passed away while the red envelope collected dust on the TV console, so I decided to watch it as a sort of tribute. I have adored his performances in other films, particularly Doubt. 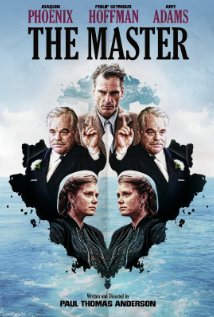 I tossed The Master, which had failed to capture my interest from beginning, after the scene where Amy Adams jerks Hoffman off in the bathroom. I couldn’t remember if she was his wife or his daughter, but suspected the latter. Either way, I was horribly disturbed, which is unusual as I don’t normally have an issue with sex or sensuality in films. I watched Shame and American Psycho. This scene didn’t approach anything in either of those films. I think at that point I’d just had enough, and the question on the relationship between the two characters was enough for me to halt the madness. 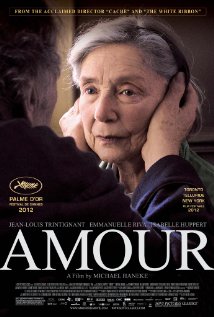 The final mix-up might be the most serendipitous. I wanted to see Amour, which guaranteed to be a tear jerker. Accordingly, I did not invite my husband to view with me. Probably just as well, as I had rented Adore which is a completely different movie. Amour is the story of a man coping with his wife’s deteriorating health. Adore is the story of two women who conduct affairs with each other’s sons.

Based on a novella by Doris Lessing, Adore was actually a pretty good film. I made it to the end this time. I did find the subject somewhat disturbing, but I really liked the questions posed and the performances by both Naomi Watts and Robin Wright.

And there ends my list of movie mix-ups, and my week of movie rambles. 🙂

(Featured image is from Crash, and sort of matches my expression on experiencing some of my mix-ups)