I always start my reading year with very specific goals. By March, I tend to know whether or not it’s going well or not. In regards to my TBR reading project, I’m happy to report an ongoing commitment. Books are disappearing from my shelves—even though I’m not reading as much as I usually do.

I’ve been trying to read less for two years now. Not because I don’t have time or I don’t enjoy reading. After reading close to 250 books a year for the past five or six years in what I can only describe as a feverish attempt to read everything ever published before I die, I’m tired. Also, I have found I sometimes don’t remember what I’ve read, even though I track every book. In the past year alone, I went to add two books only to discover they were already there.

I think, in part, Goodreads was to blame for my race to the end. Setting a numeric goal every year and watching the status bar inch toward completion was satisfying. But if I fell behind, I’d have mini panic attacks and start looking for shorter reads to make up the numbers. Last year was the most ridiculous yet. I set a goal of only 100 books (only 100?) to try to alleviate this pressure. Once I passed 100, I watched the overage percent rise, meaning I was still counting and still (sort of) panicking about this arbitrary goal.

So, I deleted Goodreads. My database, that is. I downloaded it first. Then I got rid of it—except for the books I’d reviewed by agreement with the author or publisher for sites like SFcrowsnest. My relationship with Goodreads had been experiencing growing pains, anyway. I had always regretted combining my personal account with my author account (they are now separate again), and I have never been comfortable rating books by friends and colleagues. Or, anyone, really. Writing a review is different because I can talk about what I liked (or didn’t like). But choosing a number sucked because there is so much meaning to this number and the meaning is different for every single person considering it.

I am still tracking what I read using a lovely database I cooked up in Notion (I may do a blog post about it at some point, because I’m pretty proud of the setup). But unless I sort my new list in a very specific way, I can’t see the number of books I’ve read so far this year. I have a general impression, but not being sure is suiting me very well. Also? Not having my reading list made public has relieved another sort of pressure I was only vaguely aware of: I no longer feel obligated to even try to read books I’m not really interested in just for the sake of looking as though I’m reading (and care about) what’s new and notable.

And I can DNF whatever I want without possibly offending anyone.

So, what have I read over the past two months? A few hits and a few misses. Honestly, with my total hours playing Valheim inching past 200, few is the operative word here. But I do have a couple of excellent books to share with you.

The romance in Love Lettering was one of the most tender I’ve ever read. I could actually feel Meg and Reid falling in love, and I lived for every minute of it.

I’ve never really been into the concept of a book boyfriend, mostly because I can’t have 200 of them a year. But if I had to choose one, Reid has a good chance of being at the top of the list. He could come off as quiet and impenetrable, but he was totally a “still waters run deep” sort of character with a vein of goodness right through to his core. I loved him. And while the relationship encountered the inevitable romance-novel hiccup, I loved that this one wasn’t necessarily of their own making or due to a complete breakdown in the ability to communicate or adult.

I enjoyed Meg’s career, too. It was different to anything I’ve read before and I found myself wanting to experiment with hand-lettered art. I loved Meg and Reid’s tours through NYC looking for hand-lettered signs. It was such a great use of environment and setting. I absolutely knew this book was set in New York.

Kate Clayborn is a new to me author. I already have her follow-up novel, Love at First, on my e-reader.

When a Gregg Hurwitz book doesn’t show up on one of my lists, it’ll be time to pack for the apocalypse.

Prodigal son is so far into the series that it’s hard to talk about this one without spoiling everything that comes before. Suffice to say, what I love about this series is the character of Evan Smoak, or Orphan X, and his overall arc.

Evan isn’t the same guy from book to book. He is slowly changing and change is painful. So, while the plot for each book is as entertaining as the last—and I appreciate this—I’m now reading these books specifically for Evan. To watch him grow, to experience each new wrinkle and unravelling.

This one ends quite literally with a bang. Even without that, though, I’d be eager to read the next book.

I have to work myself up to a Dan Simmons read because I know he’s going to stretch the limits of my imagination, challenge my perceptions, and add to my already exponential reading list. Simmons is one of the most literary authors I’ve ever read, and whether he’s writing hard SF, speculative fiction (which for him is something different from science fiction), or in the case of The Terror, tackling history and myth (and, seriously, when isn’t he?) there will be research. The man is meticulous. He makes me want to read more. To absorb more. To be smarter and able to reference the Western Canon with the same ease.

The Terror wasn’t as terrifying as I thought it might be. I experienced more unease than fright as sailors disappeared from the ice, one by one. The novel is well named, however, with the word terror referring to many, many aspects. Perhaps the most compelling is the fear of fear itself and what that fear will drive people to. This isn’t so much a novel about an expedition gone wrong, as a story about who we might become when pushed beyond the limits of human endurance—physically, but also mentally.

Guess what? Out of the nearly 300 audio books I own, roughly fifty remain unread. Surprised? I’m actually surprised the number is as small as it is. Compared with my collection of ebooks, of the games I own and haven’t played on Steam, it’s a great percentage.

So, I started at the bottom of the list, at the oldest unfinished audiobook I had, and loaded it up. And in this case, it was no hardship as I generally enjoy The Great Courses and in particular those put together and presented by Dorsey Armstrong. This is my third lecture series presented by her and it was just as well thought out and entertaining as the others.

The medieval period is long—considered to be roughly a thousand years—and this course strives to fit all of that into just thirty-six lectures. There were instances where I’d have liked to have gone deeper, and oddly, instances where I felt we could have skimmed a little more. This is of course due to my own level of interest in various aspects of history. I wanted more art and less war, even though I did find every lecture surrounding the conflicts of the period quite fascinating. I’d have liked more about the specific weapons and their manufacture and use, though, and less about the politics. But again, only thirty-six lectures.

This course does provide a solid grounding. It’s a great introduction and I probably learned and absorbed more information from these lectures than I did from years of history taught in high school.

Elf Defense by Lisa Henry and Sarah Honey. So damn silly, but unputdownable (which is totally a word).

The Frogman and the Spy by Liv Rancourt and Irene Preston. Ribbit. 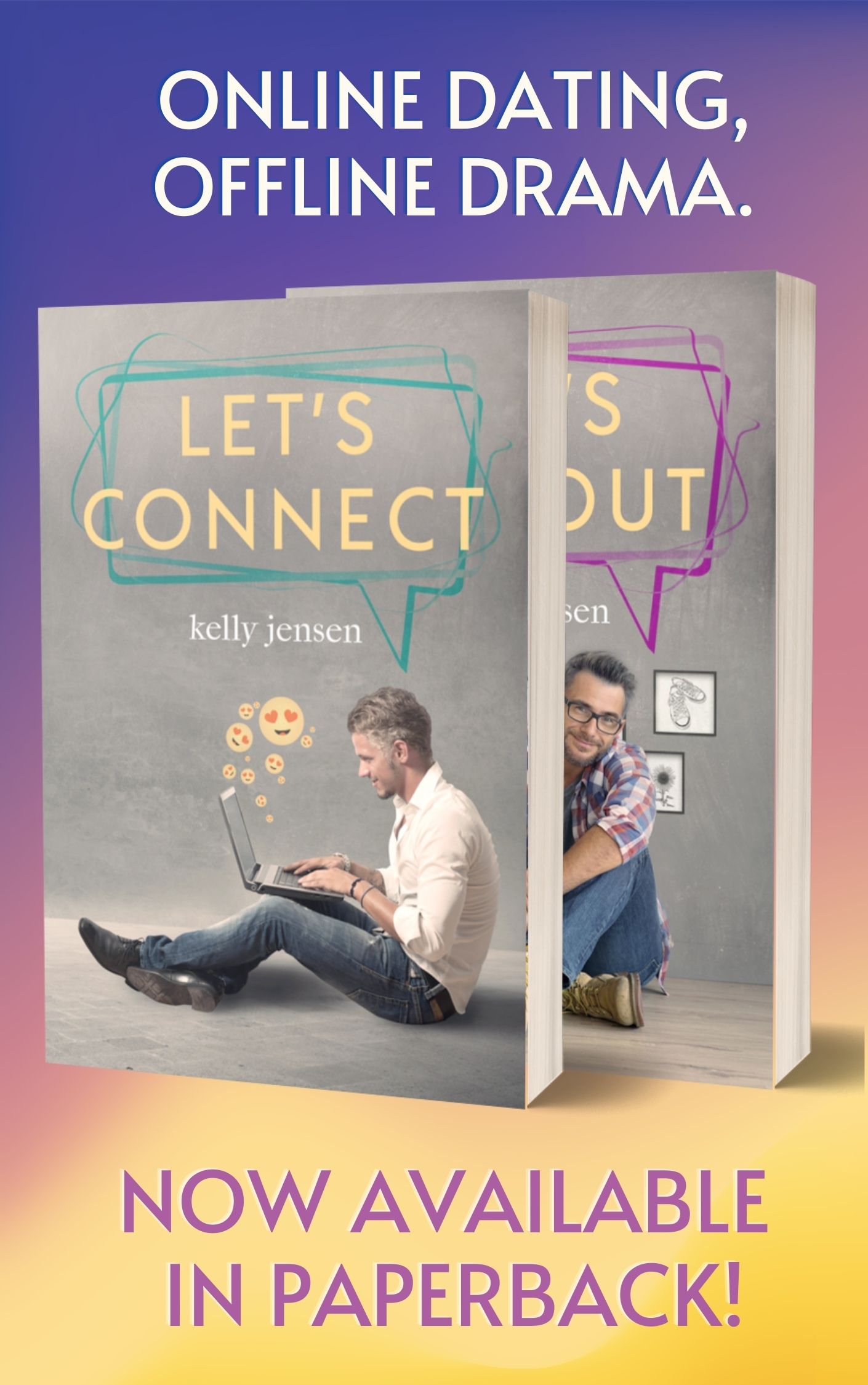