I’m so thrilled to be able to reveal the cover for my upcoming contemporary romance, BLOCK AND STRIKE! 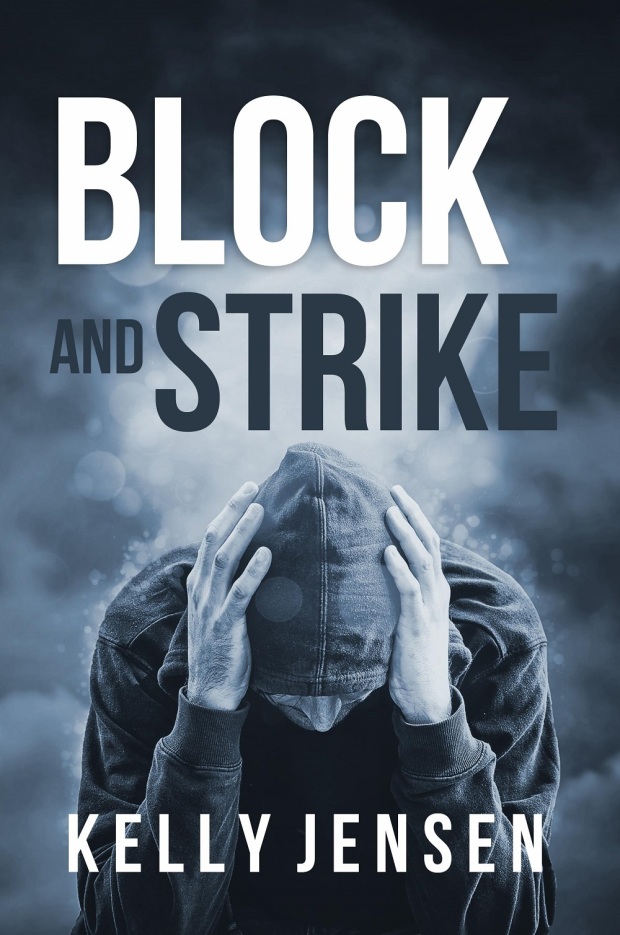 Usually, I have a clear idea of what I’d like to see on the covers of my books. For Block and Strike I had only a vague impression of what I thought the cover would feel like. So I submitted six pages of feels to the Dreamspinner Press Art Department and they passed them on to artist, Garrett Leigh.

When I first saw this cover, it was like recognizing something or someone you know, but have no name for. I saw my story—in the tone, the composition and in the typeface. My favourite aspect, though, is the fact the guy on the cover could either be Max or Jake—and it doesn’t matter who you choose. This is both of them, craving shelter from life, needing someone to find them and help them out of a dark place.

Jacob Kendricks is three months out of prison, estranged from his daughter, and ready to get his life on track. Taking care of the bum curled up on his doorstep isn’t part of the plan. When he realizes the man has been assaulted, Jake takes him to the hospital, where he learns that Max is his downstairs neighbor… and that he could really use a friend. Keeping Max in the friend-zone would be easier if he wasn’t so damned cute.

Maxwell Wilson has been bullied for years and the only person who ever cared lives too far away to come to his rescue. Now his upstairs neighbor is offering support. Max remains cautious, suspecting he is little more than a project for the handsome Jake. When he learns Jake has had boyfriends as well as girlfriends, Max has to reevaluate his priorities—and muster the courage to take a chance at love.

Just when a happy future is within their grasp, life knocks them back down. A devastating blow leaves Max lower than ever and Jake wrestling with regret. They both have to find the strength to stand on their own before they can stand together.