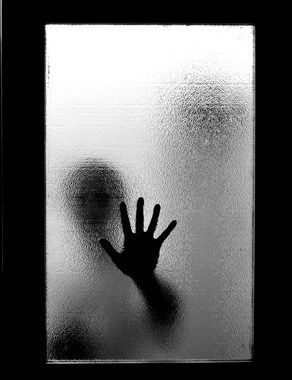 Have you ever browsed stock photo sites? There are some ridiculous pictures posted there and I often wonder what the photographer was thinking. Obviously, they were setting a scene with the hope it matched a story waiting to be told – probably by an advertising company or a journalist. Because nuns praying to fish is a thing, right?

But when I’m not giggling over implausible scenarios, I’m collecting another type of stock photo. These ones are, well… They’re book covers for the stories I haven’t told yet. It’s kind of annoying, to be honest. Because as just about any writer will tell you, ideas aren’t hard to come by. We have notebooks and files full of them. The stories that come from these ideas are less abundant. The time to write these stories? At a premium. I’ll never get to a quarter of my list.

But, hopefully, I’ll get to at least one of these: 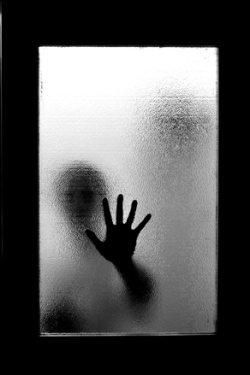 The door has just been closed, but whoever is on the other side with her has given them a moment. He’s let her touch the window, just once. Is it because he knows it’s the last time they’ll see each other? Is the gesture cruel or kind?

Where is she going? Why? That’s the story I don’t have yet, but this photo suggests something sinister. Interrogation? Experimental gene therapy? Prison?

Maybe she’s going willingly. Maybe she asked for this moment, knowing it would be the last one. Or, maybe the shape of her hand is a symbol.

This stock photo is tagged passion. I…don’t see it. I can see the tension. This kiss is a spur of the moment thing, but it’s more meaningful than hormonal, in my opinion. It might just be that the models were asked to pause before their lips connected, but in that pause is the story. The distance between their faces and the stillness of their pose. They’re in a public location, but their posture is fairly relaxed. They don’t fear being caught out in this kiss. Their connected at several intimate points – the hand on the thigh, a hand around the back of the head. There is a possessiveness to both gestures, and familiarity. This is a couple, but maybe not one well established.

So, maybe this kiss began as a passionate impulse. Then, as they drew close, something else intruded. A realisation that this moment was about more than the kiss. It was about them telling the world they’re together. That they’re intimate. That their feelings are something they want to acknowledge and share.

It took me a while to figure out that wasn’t snow. Before I did, though, this picture begged for a story. Why is this woman out there without the proper gear? Has she been abandoned? Or has she escaped from a remote facility. Once thing is clear: she isn’t going to get far. The shadows are long and with the night, any lent by the sun will disappear, as will her compass.

Any stir of wind will erase her footprints, hiding her trail. This is good and bad. In the event someone is following her, it’s a good thing. But it also makes it hard for the good guys to find her, and if she can’t look back along her trail, how will she find her way in the dark. She has to keep moving, remember? It’s cold. Even if that is sand, it’s going to be cold – but traveling at night will protect her from the heat of the day.

Where did she come from and where is she going? I don’t know, because I’m probably never going to write this story.

I nearly bought this image to use for “Graduation”, the short story Jenn and I wrote for our Chaos Station series. The clothing wasn’t right, though, and my Photoshop skills aren’t up to all the other changes I wanted to make, such as modernizing the city skyline and changing the letters. Adding another figure.

But there is a story here. It’s separate from the letters this guy is writing in this picture. Change those words and this could be about anything. Is he writing a name? Is he giving a clue to the code? Maybe he’s been possessed by aliens and he’s writing equations against the night sky as if it were a blackboard. He could be solving the theory of everything.

Or, he could be pointing to a bird, a plane…Superman. Or a UFO. He could just be really, really drunk and imaging there’s something there.

I really like the idea this picture is a celebration, though. It just has that vibe. Maybe he has just graduated and he’s writing his new name in the sky. Or maybe he’s dancing and what he’s writing isn’t important at all.

I have close to a hundred other stock photos saved to favourites folders, though, and some of them…some of them are calling. They’re weaving their stories for me, even as I write this post. I just hope that when I get around to writing one of them, the image hasn’t already been used by Stephen King or something. Or in a Buzzfeed quiz.