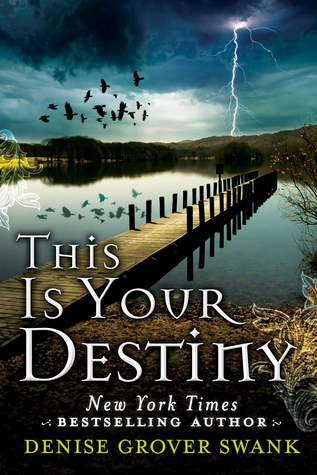 The Curse Keepers series explores legends surrounding the disappearance of the lost colony of Roanoke. The original Virginian colony disappeared in the late sixteenth century with no trace. There is still no conclusive evidence as to what happened to the colonists.

Author Denise Grover Swank proposes the colony was caught in a battle between this world and the spirit world, ending up trapped behind a curse used to banish the spirits of a vengeful Native American tribe. Descendants of the two men who raised the wall are charged with the duty to protect the curse. They are its guardians, and they are taught that if they ever meet, the curse will break, unleashing the Native American spirits to seek their revenge. This duty is passed from father to eldest son at death. It can pass to a second son upon the death of the first. Death is the only way to discharge the duty. Very occasionally it passes to a daughter.

Fast forward to the present day setting of Dare County, North Carolina. Collin Dailey has been raised to believe that the curse will be broken in his lifetime. His grandmother says so and until he disappears, Collin’s father believes he will be the one to do it. The lessons handed down through the generations have suffered the warp and weft of retelling, however, and Collin has doubts regarding the origins of the curse and his role as guardian. Despite being raised to regard her duty with solemnity, Ellie Lancaster has always believed the legend is nothing but a fairy tale. The circumstances of her first meeting with Collin might prove that some or all of it is true, however.

Ms. Swank has written three prequels to her ‘Curse Keepers’ series, subtitled ‘A Curse Keeper’s Secret’. This Is Your Destiny is Collin’s story and what happened before he meets Ellie for the first time. Though I have not read any of the series, I was immediately enticed by the first two sentences of the blurb for this novella:

Collin Dailey is a trapped man: struggling to make a living as a fisherman, deep in debt to the gangster he does business with…and shackled to his destiny as a Curse Keeper. Sworn to guard the sealed portal to hell, Collin yearns to escape the dark duty that binds him.

A fisherman in debt to a gangster and shackled with the duty to protect the portal to hell? Sign me up.

This Is Your Destiny is a short, face paced read, about seventy pages or so. By the time I turned the last page, I had a clear understanding of the origin of the curse, Collin’s duty and his ambivalence toward it. I enjoyed the juxtaposition of his connection to the water and the curse that keeps him bound to the land. His relationship with his father is briefly explored, as is the one with his brother. By the time Collin caught up with Ellie, I was invested in the series and already looking for the first actual novel. That Collin found Ellie attractive in a sparks fly kinda way only had me searching a little faster. Recommended for fans of Urban Fantasy and romance with a paranormal twist.