Skip to content
Previously, I have reviewed the first two books in the Tanner Sequence for this blog, so I’m excited to share a first glimpse of the cover for the third book in the series.
.. 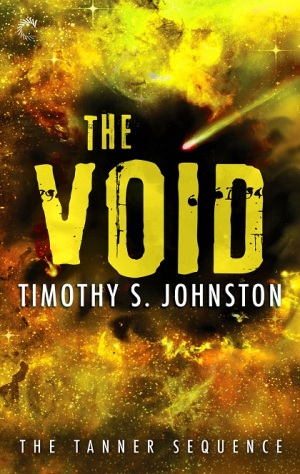 A Tanner Sequence Novel
..
Transporting a serial killer might seem like a simple job for Homicide Investigator Kyle Tanner.  But when his ship breaks down in interstellar space and another murderer starts carving a path through the people around him, Tanner realizes that he might be in over his head. Unfortunately there’s no one to call for help, and the days are ticking down to his probable death.  He’s facing a mysterious threat in deep space, but he knows that if he can’t decipher the clues and capture the killer, he’ll at least die trying …
..
The Void is coming from Timothy S. Johnston and Carina Press on March 30, 2015.  It is the third book in The Tanner Sequence, a series of standalone murder mysteries set in unique and claustrophobic environments.  The first two are The Furnace (2013) and The Freezer (2014.)
..
..