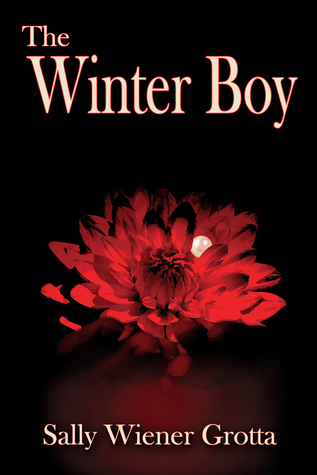 At the centre of the known world there is a valley occupied by a society of widows. The valley forms a centre of learning and resources where young men are invited to stay for a Season, a period four months. During that time, they will be paired with one of the widows – an Alleshi – who will use methods honed over centuries to help shape these young men into leaders – Alemen and defenders of the Peace.

Rishana is a new Alleshi and her first boy, her Winter Boy, doesn’t bend easily to her mould, even after they enter the ‘inner room’, where intimacy is used to enhance the lessons. For his part, Ryl feels as if his entire existence has become a lesson. He resents having to think on every word and it takes him a while to grasp the difference between reaction and thought. As the young do, he bucks the system. He is what the Alleshi would call a ‘problem boy’. But Rishana was encouraged to choose him for many reasons, chief among which is the fact her style of mentoring might be just what is needed to encourage the gem to emerge from Ryl’s rough exterior. With his sharp mind and questioning nature, Ryl could be a talented Aleman and a powerful ally of the Peace.

Left to their own path, Rishana and Ryl would work through the stages of their Season like any Alleshi and her boy. Unfortunately, this partnership is too important to the community as a whole and to the Peace that has ruled since the Great Chaos nearly destroyed the world. Ryl bears a mark that hints at a shocking secret, one that could unravel the society from within.

The Winter Boy by Sally Wiener Grotta is a deeply thoughtful book. The comparisons to Margaret Atwood and Ursula K. LeGuin are apt. It reads more like literature than fantasy or science fiction, but there is no doubt that the book is speculative. Though it could be our future or it could be an alternate reality, there are enough parallels to our own way of thinking to make the story resonate. Rishana’s doubt regarding her ability to properly mentor a ‘problem boy’ is easy to sympathise with. Ryl’s struggle with self is something we have all felt, even when an alternate identity is thrust upon him by the society in which he lives.

The sharp division between gender roles made me a little uncomfortable at times, but I didn’t see that as a fault on the part of the author. Rather, it was an interesting way for her to impart the feeling of Rishana’s lessons. Often, I felt as confounded as Ryl and as angry. I breathed more easily with him as he learned to navigate the more mature emotions of adulthood, as he gained his own power and a sense of equality.

Another aspect of the novel is the storytelling. The Alleshi use storytelling as a teaching aid and many of the tales are shared between Rishana and Ryl are on the page. Through these we learn the history of the world, from the Great Chaos to the Peace. Each is a piece of a larger picture and as Ryl snaps them together, so does the reader.

The conspiracy that agitates the valley, disrupting the Winter Season, is darker than one might suspect from the outset and the revelation of it comes at a time when Ryl is at his most vulnerable. This is where Rishana’s unwitting naiveté becomes an asset to the pair. A shelter of a sort. Together, they uncover treachery and secrets within the society and together they will work to uphold the peace. The resolution to the conflict is my only quibble with the book. But again, I can’t fault the author’s choice here. Ryl is the one who calls for thought rather than reaction or immediate action. So it’s hard to hope for one outcome when the one presented on the page is such a perfect illustration of everything the novel has aimed to achieve.

I found The Winter Boy very engrossing. I enjoyed the experience of reading the book and felt enriched by it when I was done. Though the ending left me with questions, there were none I might not answer for myself if Ms. Grotta decided to let the story of Rishana and Ryl live on only in my memory.