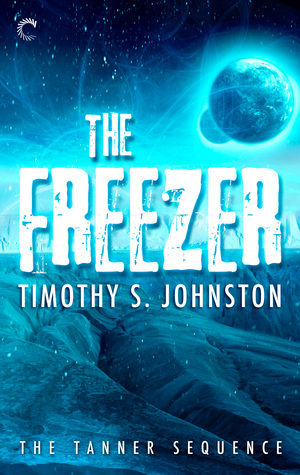 There are three key phrases here. The first is: ‘Just one little death.’ There is no such thing as just one little death, not for Lieutenant Tanner, because ‘when you’re as tangled up in conspiracy as Tanner is, a few hours on a case can change your life’. Which brings us to the third key phrase: ‘Or end it.’

Homicide investigator Kyle Tanner has reached that unenviable point in his career where he’s too good at his job. He’s solving crimes that point to cracks within the system. It’s inevitable that one of those cracks is going to widen enough to swallow him at some point. It’s a natural process that will be helped along by those he has pissed off.

So, that one little death? It looks natural…except for the fact the victim manages to raise suspicion with his dying breath by saying: ‘He did it…killed me…finally got to me…’ Turns out he’s right. An autopsy reveals a microscopic bomb near the victim’s heart. When a second murder shocks Tanner to the core, he asks for a scan and…guess what? Yep, he’s got a bomb near his heart, too. He’s got four days to live. Four days to solve the case.

I’d be asking for my money back. Obviously, this station is infested with microscopic bomb bugs or something. Tanner has a different take on things. The bomb is a clue and an invitation to visit the Freezer, an isolated facility on one of Jupiter’s moons. There, Tanner works to solve several mysteries. First of all, the scientists at the Freezer are not looking for traces of life in the ice. Not unless they’re REALLY bad at their jobs. So, what are they doing and which one of them is a killer? Second of all…actually, I’m not going to elucidate any more points. You need to read the book for yourself to find out what Tanner is up against.

Like the first novel in The Tanner Sequence, The Freezer is a mystery that gathers more kinks as it unravels. Bodies start piling up with the clues and the harsh environment becomes an additional foe, especially when the facility is compromised. The final resolution is another Hail Mary that might have the reader believing Tanner has his own guardian angel or you could just decide that he’s very, very good at his job. Perhaps a little too good!

I really enjoyed this thrill ride. The mystery kept me guessing, the science was interesting and, as before, the science fiction elements felt authentic. Johnston has built a very vivid and compelling world, one that can carry as many mysteries as Tanner can withstand.

One thought on “Review: The Freezer by Timothy S. Johnston”