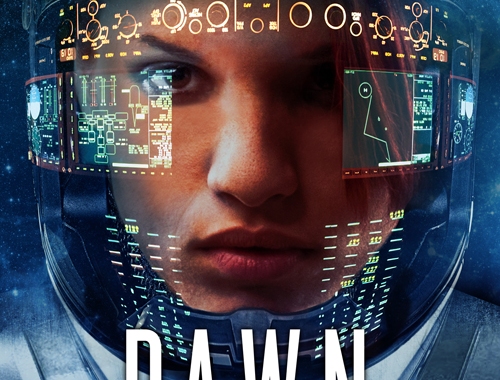 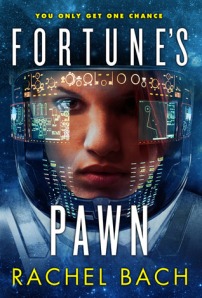 A book that captures the reader on the first page is rare. Fortune’s Pawn had me pretty much at the first sentence. The voice of Deviana Morris, Paradoxian mercenary, is personable and compelling. I fell immediately into her world and eagerly followed her adventures. Thankfully, a reader is only a bystander, because Devi gets beaten up a lot. That’s the life of a mercenary, right?

Devi Morris has always been fascinated by power armour and, from a young age, she knows what she wants to be a Devastator, one of the King’s elite guard. Proving herself can be a long and bloody exercise, though, and mercenaries don’t enjoy long life expectancies. Devi needs a short cut. She quits her job with the Blackbirds (a mercenary outfit) and takes on a guard position with the Glorious Fool. Rumour has it a year aboard the Fool will bring her to the attention of the right people. But first, she has to survive that year. Captain Brian Caldswell seems to go through guards, as in they die. A lot.

The inside of the ship looks like a war zone. Devi can see the scars of multiple battles. She also catches sight of the handsome cook. She’s a girl who thrives on danger, so the good-looking Rupert is an added bonus. He’s got a secret, though. In fact, the entire crew aren’t what they seem, including the captain. A few days in, it’s adventure time!

Fortune’s Pawn is a great mix of Science Fiction adventure and romance. I really enjoyed the story. It’s well written and very easy to read. Devi is utterly engaging and the other characters are all interesting. Under all that is a mystery involving aliens (my favourite kind!) and over the top are Devi’s own ambitions. Rachel Bach weaves it all together with ease.

The rest of the Paradox trilogy, Honor’s Knight and Heaven’s Queen, is due for publication early 2014. I hope the trend of publishing a trilogy within such a short time frame continues. It’s great for readers and I can only imagine it’s great for the author and publisher as well.

Rachel Bach also writes under the name Rachel Aaron and is best known for The Legend of Eli Monpress.